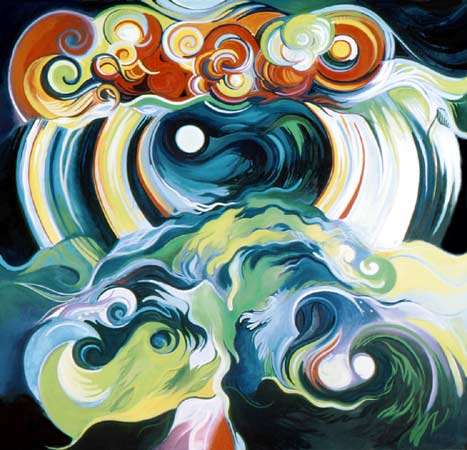 There is a line in the “yaa devee sarvabhooteshu …” Devee Stotra –

Lajjaa? Now that is interesting!

Lajjaa seems to get associated with “लाज”, “नारी की लाज” (naaree kee laaj) – a woman’s honor that supposedly gets taken away say when she is raped, or feminine modesty, mostly associated just with her physical parts and her social reputation. Or it may be conventionally viewed as sweet bashfulness, shyness, blushing of a woman, often in a romantic sense. However, that is just a tiny tiny part of lajjaa.

To me, the best explanation of the word lajjaa is – feeling embarrassed.

That feeling of embarrassment can be anywhere in a whole range of intensities. The mild: feeling somewhat silly. The stronger: feeling stupid. The very intense: feeling shame.

And it is in sarv bhooteshu (all beings) – i.e. all of us, all humans – man, woman and all other gender variations possible. In fact all beings, not just humans. So it has nothing to do specifically with women. Embarrassment is a feeling that we have all experienced and would prefer to avoid. It is because we want to avoid this feeling that we are hesitant to ask questions for example.

At times it is mild, and depending on our level of awareness, we do not explicitly recognize it as such but just feel a sense of discomfort. There is a slight internal squirming. At times it is so strong, it feels like a stab in the chest. We are unable to ignore it and are distressed.

That feeling, that stab of embarrassment, mild or forceful, is She. The supreme feminine force. And She exists in everyone. Sarv bhooteshu.

So here is an opportunity. Here is a way to actually experience Durga within. It is an opportunity specially because this feeling is so intensely personal and because when it occurs we experience it as a distinct sharp tinge. Also, we tend to be better at focusing on the negative within us than positive, so might as well use that tendency.

The next time you experience any tinge of embarrassment, experience it fully. Feel it completely, in all its textures. How it invades and gradually unwillingly departs. You will be directly experiencing Durga inside you!

Durga, that is, Shakti – power, energy, force. Emotional energy is the core driving force of our actions and there is energy, power, force in our so-called negative emotions too, if we connect to it. It can be a powerful exhilarating experience.