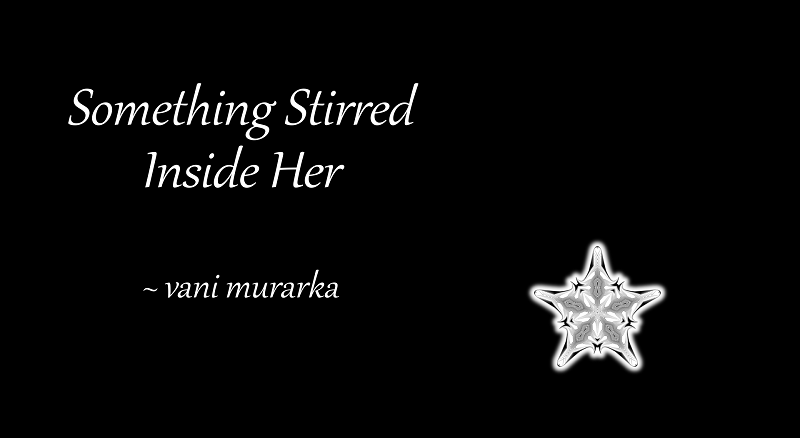 This is part of a fiction series that is unfolding. All episodes in order so far:
Shimmering Blue Water
The Grasslands Bristled
Like The Sky Itself

Everything was not hunky-dory. This raw energy whizzing around in her head made her nervous. “What did it all mean?” she sometimes wondered after an intense experience.

Longing for something physical, something tangible to hold on to, she said to him, “If you love me so much, why don’t you take physical form and appear in front of me?”

In response she heard him say, almost inaudibly, “I love you,” and then, nothing else.

So she oscillated — between euphoria and despair; between being one with the universe, being the universe itself, and being a cowering mite engulfed in darkness; between seeing herself as a light in the heart of every being, and being ravaged with self doubt, convinced of being abandoned and alone. Sometimes she felt raging anger towards the people her life. Trying to make herself see reason, she gently said, “How can you feel love for every being, and then, moments later, feel anger towards the people in your life? That is no way to love every being, is it?” This only increased her frustration with herself.

Racing thoughts kept her awake in the middle of the night. If she slept, as soon as she woke up in the morning, the flood-gates of thoughts would open up in her head. It was like a morning sickness. Even so, she loved and honored these morning times. She knew these thoughts, however messed up they may be, were part of something significant brewing inside her.

One day she rang up her mother. Talking excitedly, she said, “Everything is so so good. Everything is beautiful. You are beautiful Mumma. Do you know that?”

Not fooled by those effusive words, her mother asked, “How have you been?”.

“I think I am pregnant,” she said.

Surprised at herself, she quickly added, “Not biologically pregnant. But I feel pregnant.”

“Seek out a wise wild woman then,” said her mother gently.